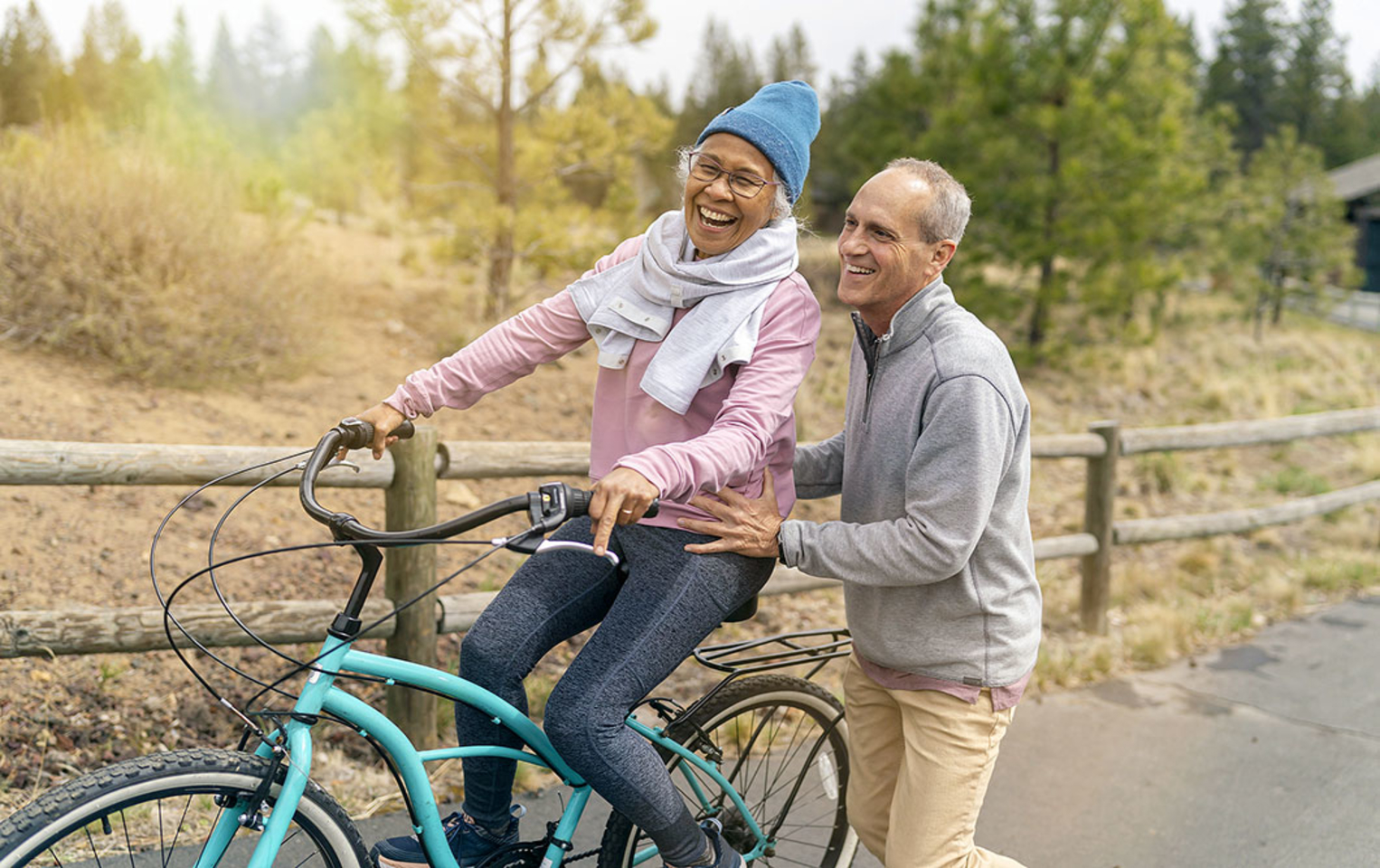 When it comes to making changes in your life, consider the new year nothing special. Read on for the secret to starting fresh any day of the year.

How many New Year’s resolutions have you made over the decades? And how many have you kept? If your second answer is smaller than the first, you have plenty of company. A 2019 Ipsos study revealed that of the people surveyed who made New Year’s resolutions, more than half had given up well before year’s end.

But that doesn’t mean we can’t make new habits and break old ones. It simply means that it’s time to leave those grand January gestures behind, and instead choose to make steady, achievable improvements that last a lifetime. Because, as author James Clear says, “It’s not about a goal. It’s about a way of being.”

Clear is the author of Atomic Habits: An Easy & Proven Way to Build Good Habits & Break Bad Ones, in which he explains that the key to changing our behaviors is not chasing a goal. The secret to success is shifting our beliefs about ourselves.

“Anyone can convince themselves to practice yoga or meditation once or twice, but if you don’t shift the belief behind the behavior, then it becomes hard to stick with long-term changes,” he says.

Instead, Clear suggests, we need to focus on who we wish to become, not what we want to achieve. “Link the desired habit to your desired identity,” he explains. “If you want to write a book, for example, focus on becoming the type of person who writes every day.”

“Make it easy to start and the rest will follow,” Clear recommends. “I had one reader who told me, ‘When I was getting back into the gym after being away for two years, I told myself all I needed to do is get to the gym with my bag and stay for ten minutes, then I’m free to go home if I want.’ It ended up working. He reclaimed his fitness habit and began exercising consistently.”

Sophia Chang, MD, MPH, internist and Chief Clinical Informatics Officer at Clover Health, agrees that small steps lead the way to big results. “If you want to start exercising regularly, start with something as simple as, ‘I’m going to use the stairs instead of the elevator,’ or ‘I’m going to park my car farther away from my destination and walk.’” These seemingly small achievements don’t just establish a new habit; they build your confidence. Change is easier to accomplish with a partner, says Kumar Dharmarajan, MD, MBA cardiologist, geriatrician, and Associate Chief Medical Officer at Clover Health. “Asking a friend to join you on your daily walk will help you enjoy the activity more and ensures accountability, which is a terrific motivator.”

Ellie Goodman is a vital, charming, 74-year- old woman living in Los Angeles. Seven years ago, she decided she wanted to get in better shape for, as she puts it, “the final third” of her life. She knew from past experience that she worked best with a trainer guiding and encouraging her.

“I was 67 when I found a trainer who I enjoyed working with, Nikki Steen, and I started on a routine of two sessions a week,” Goodman recalls. “I told her what my goal was: to develop a strong, healthy body that would carry me forward.”

In the seven years since she began, she has dropped about 30 pounds. “I am more flexible, I am stronger, and I have more stamina,” Goodman says. “Not only have I kept that commitment all along, I increased from two days a week to three days a week.”

Make It a Treat

If you want a behavior to stick, make it enjoyable. If fitness classes aren’t your thing, maybe dancing is. If eating more plant-based meals sounds dull, then transform the task into a dinner party by asking friends to join you.

When the activity feels downright boring, inject your passion. “Temptation bundling,” a term coined by researcher Katy Milkman, means connecting a beneficial task to a desirable one.

Maya Shankar, MD, cognitive scientist and the host of the podcast A Slight Change of Plans, explains: “For example, you can only watch your favorite TV show when you’re folding laundry or, for me, you can only listen to your favorite songs when you’re working out. Limiting these indulgences to only those moments when I’m working toward my long-term goals has been a game changer for me—I actually (kind of!) look forward to working out now, because I know it means listening to my favorite Taylor Swift or Kacey Musgraves albums.”

You can also use your smartphone for a dose of positive reinforcement. “Many phones now track activity,” says Dr. Dharmarajan. “I have my own target every day for how many steps I want to do. When I look at my phone and see that I’ve met or exceeded my target, I feel great.” Give Yourself a Break

If you falter, remember, it’s all about progress, not perfection. “I think we’re all familiar with the experience of committing to go to the gym every day, and then we miss two days in a row and think, ‘OK, well, RIP that goal. I failed.’ Then we give up the commitment entirely,” Dr. Shankar says.

Emerging research shows that when we structure our goals differently to build in some slack, we are much more likely to succeed at reaching them long term. “In this way, if we slip up here or there, we don’t internalize it as a failure. It’s just a built-in part of the overall calculation of what will help us succeed,” Dr. Shankar explains.

Being patient with ourselves also means knowing that every day is different. “Life is different each day, so my workout will be different,”

Goodman understands the impulse to make big resolutions and start fresh at the start of a new year. “However, when you get down to it, it’s just another day. So I continue to do what I did the day before. It’s a commitment; it’s not a resolution.”

This article was originally published in the Winter 2022 issue of Clover Living magazine. 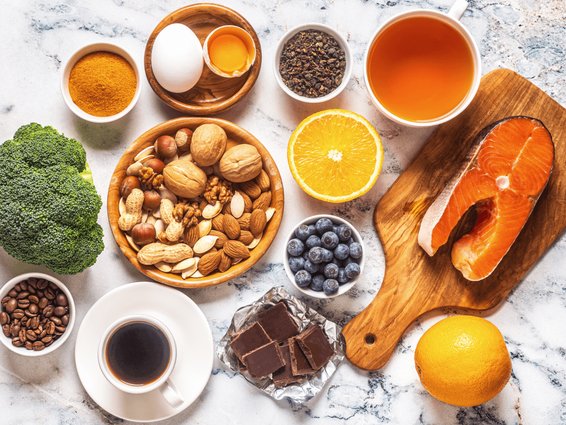 Good nutrition can give you more energy and improve heart health. Eating a balanced diet can also reduce your risk of health concerns like diabetes, high blood pressure, and osteoporosis.... 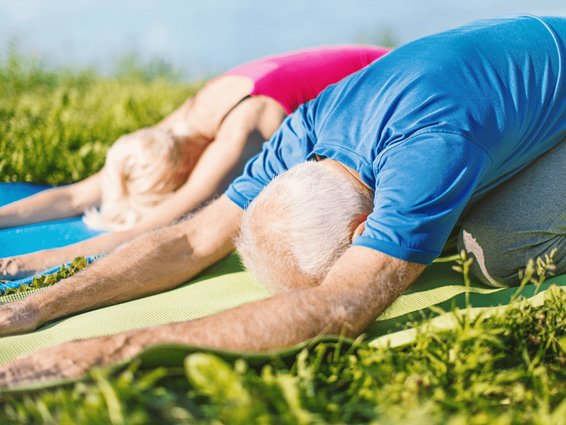 If you need a reason to get started on your new fitness plan, here’s the extra motivation you need. “Exercise starts a positive cycle,” says Dr. Sophia Chang, Chief Clinical... 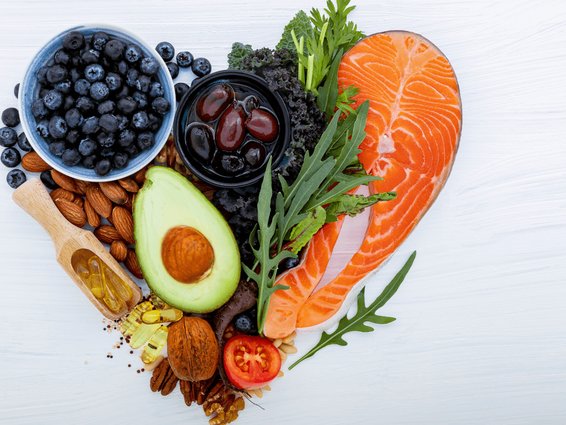 Heart disease is the leading cause of death for adults 65 and older, according to the CDC. For seniors with other chronic illnesses, heart disease can be especially dangerous; the...